Within a few days of publication, my book, Tate: Master Watercolour, was named ‘Book of the Month’ by Artists & Illustrators magazine. I was delighted, of course, but that quickly turned to disappointment when I discovered that the first precious sentence of the three that constituted the entire review was taken up with a name-check for the author of Ilex’s companion title, Tate: Master Oils. The second sentence went on to compare my book’s format with said companion title and the third was mostly a complaint about it being ‘landscape heavy with only a single portrait in 30 projects.’ 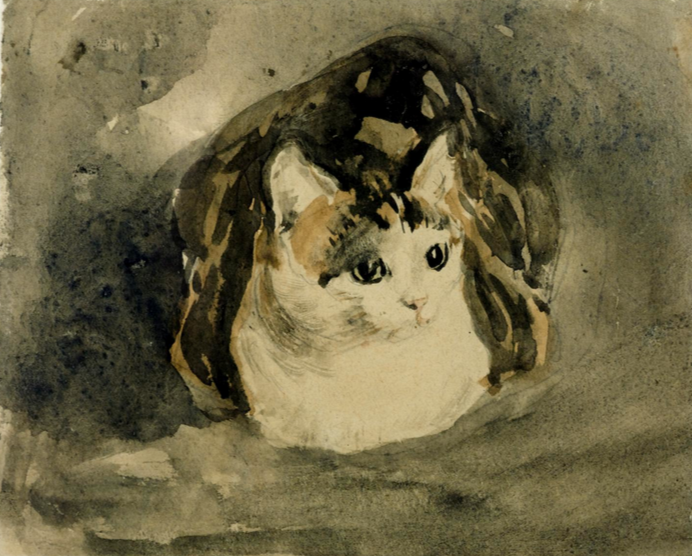 If my reviewer had been generous enough to include animal portraits, then Gwen John’s watercolour of her beloved cat, Edgar Quinet, would have improved the ratio, but Tate’s watercolour archive is intrinsically biased towards landscape art and for the purposes of the book, there was little I could do about it.

For its portability and ease of use, watercolour has always been associated with landscape art but the medium is even more inextricably linked with landscape than that. Before the dabblings of royalty (Prince Charles and Queen Victoria included) and numerous, genteel ladies, obliged to fill the hours between embroidery and taking tea with marriageable suitors, came Paul Sandby; military surveyor, draughtsman and map maker. 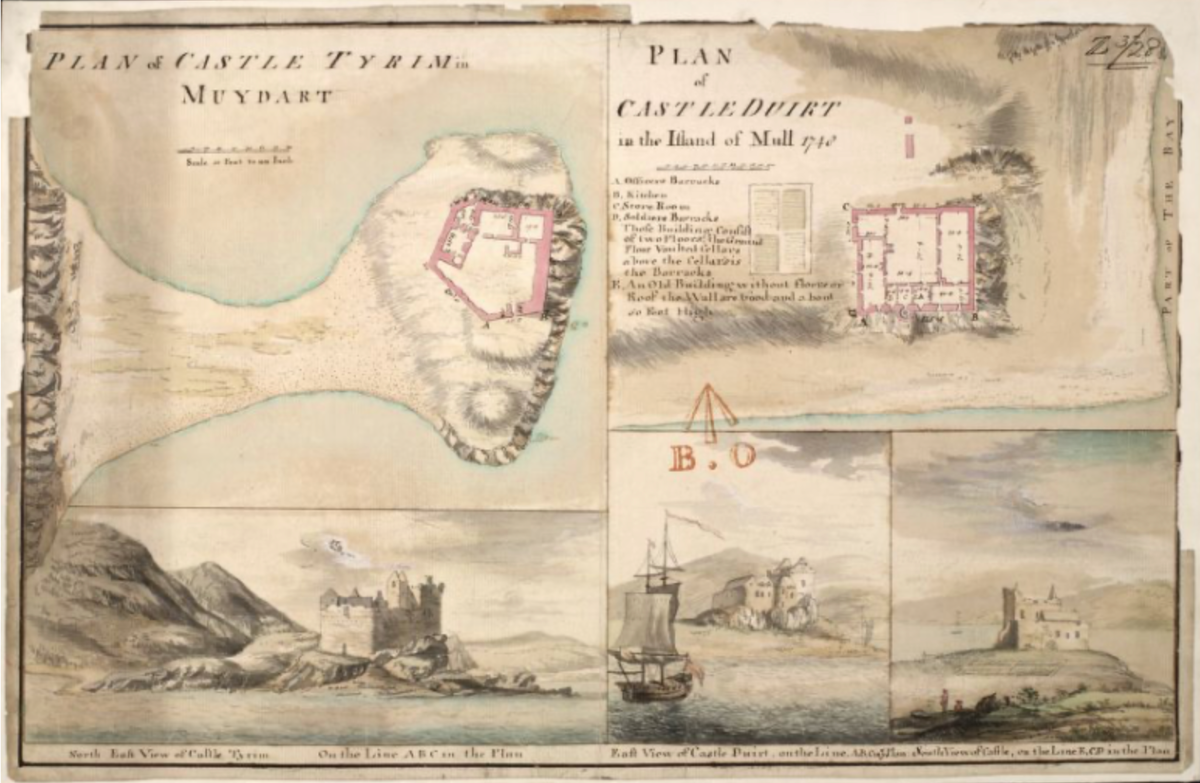 After the Jacobite rebellion of 1745, the English Government realised that if it ever was to successfully quell the rebellious Scots again, it would need a much more expedient way to do so, so the young Sandby was sent North to assist in the building of a new road, with all the bridges and fortifications that the army required. It struck him then, that the plans he was draughting would change not only the Scottish countryside but the lives of its people as well, so he made an effort to record as much of what he saw as he could. 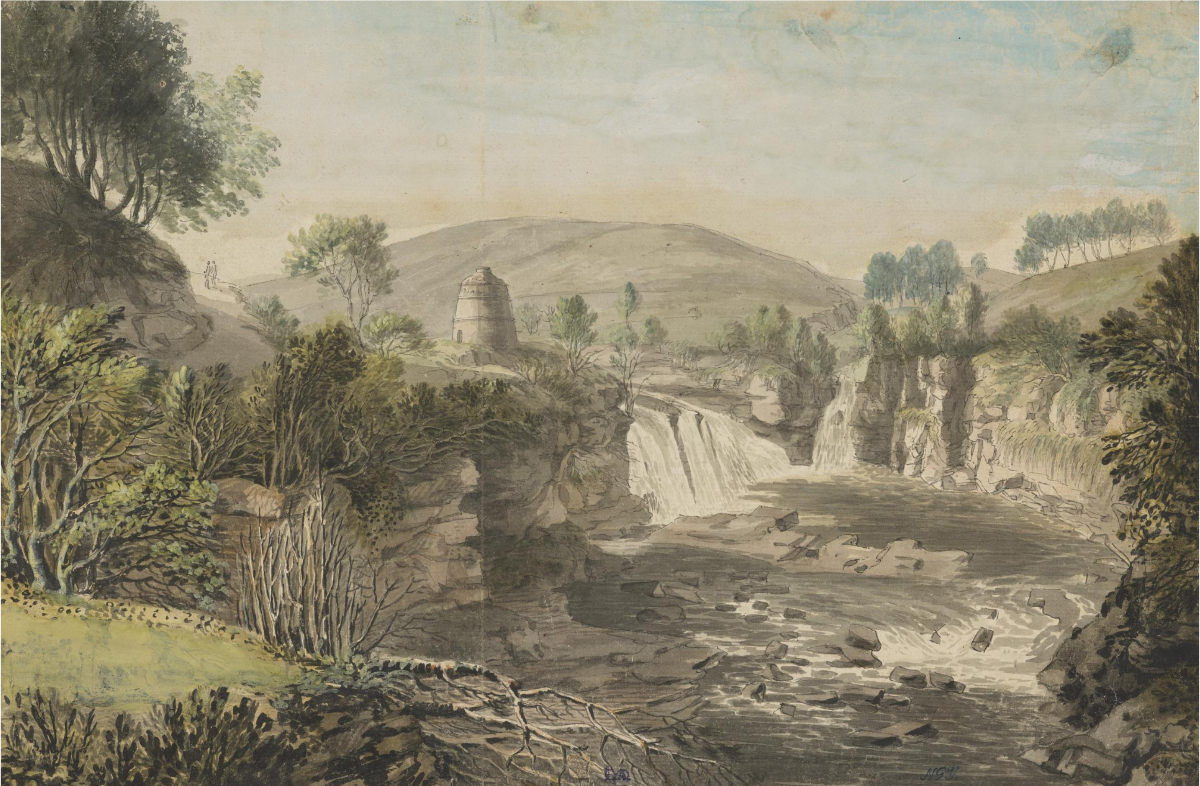 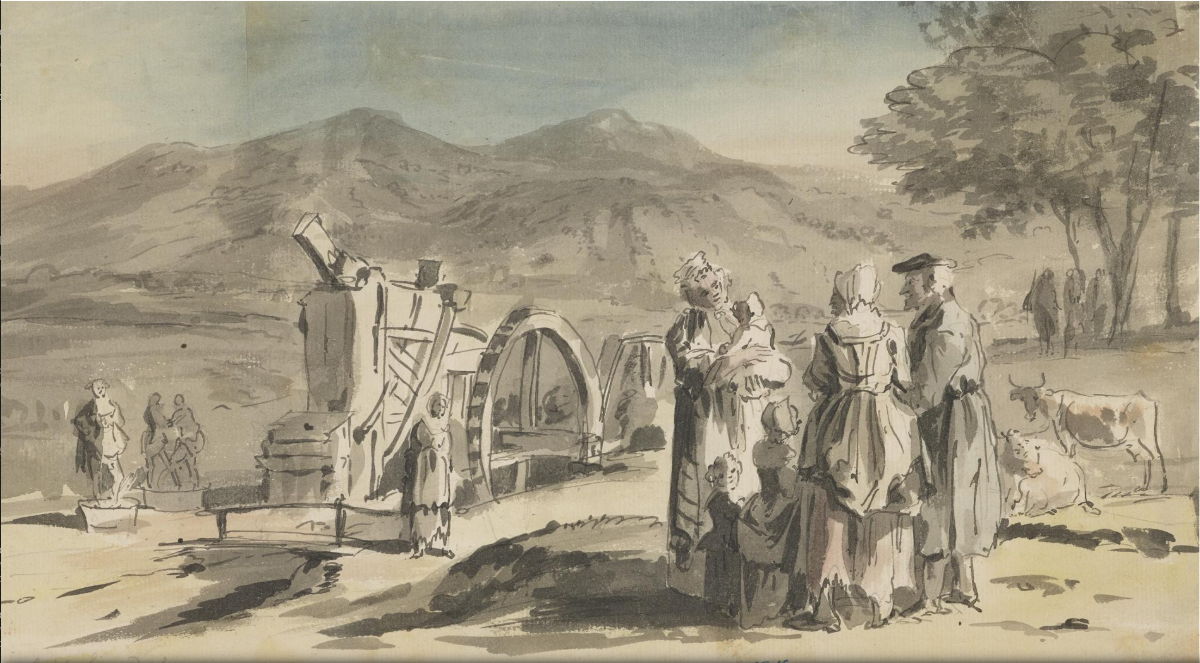 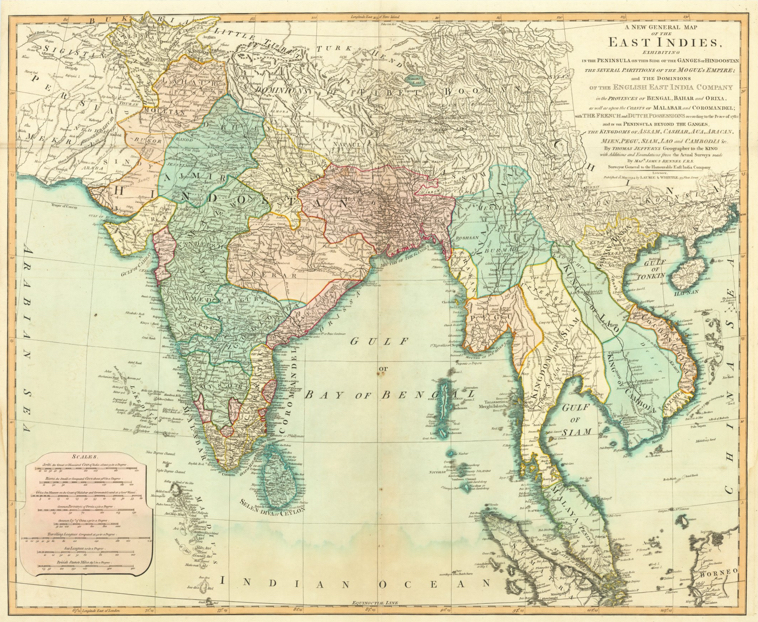 Sandby would have had to make his own colours from natural pigments. The hard cakes of soluble colour that we’re familiar with, weren’t invented until 1780 by William Reeve. Significantly, fifty years later, the greatest demand for Winsor and Newton’s new range of moist watercolours came not from artists, but from the British Army and The East India Company.

Topography, clearly, was still at the heart of the business, but it was Sandby who had helped move watercolour on from what Henry Fuseli, Keeper of the Royal Academy, denigrated as ‘mere map work.’ 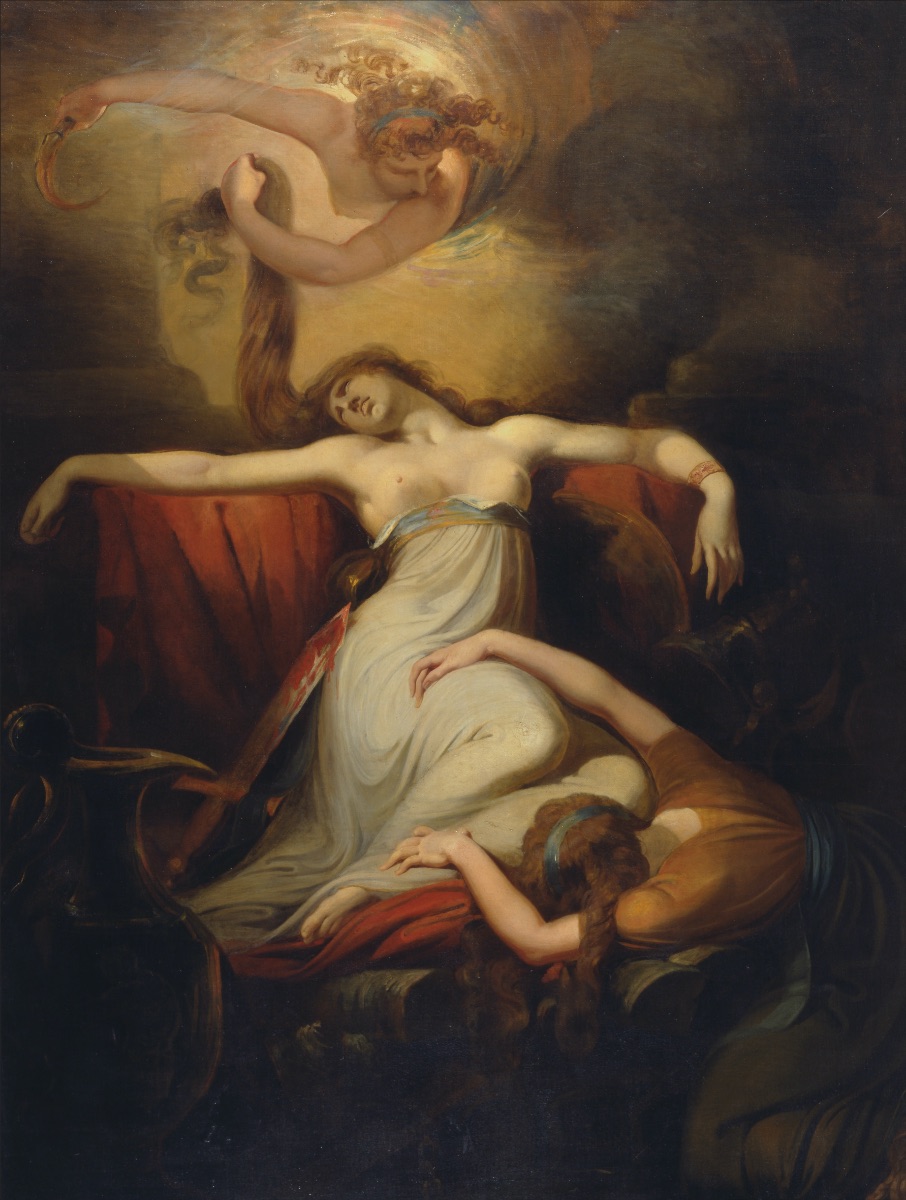 Fuseli wasn’t the only artist to disparage landscape art. Nearly three hundred years earlier, none less than Michelangelo had derided it as ‘a game for children and old men.’

For centuries, critical opinion seems to have been that watercolour was an inferior medium fit only for an inferior genre. There’s also the spurious distinction between canvas and paper to contend with. The latter sounding much more ephemeral than the former, but it’s all cellulose and the best made paper will last easily as long as canvas because, essentially, it’s made of the same stuff!

It’s no wonder though, that eminent, Victorian watercolourists not only varnished their paintings but burdened them with heavy gilt frames in the manner of oil paintings. As for portraiture, the discipline required a gravitas that seemed way beyond the watercolour wash. 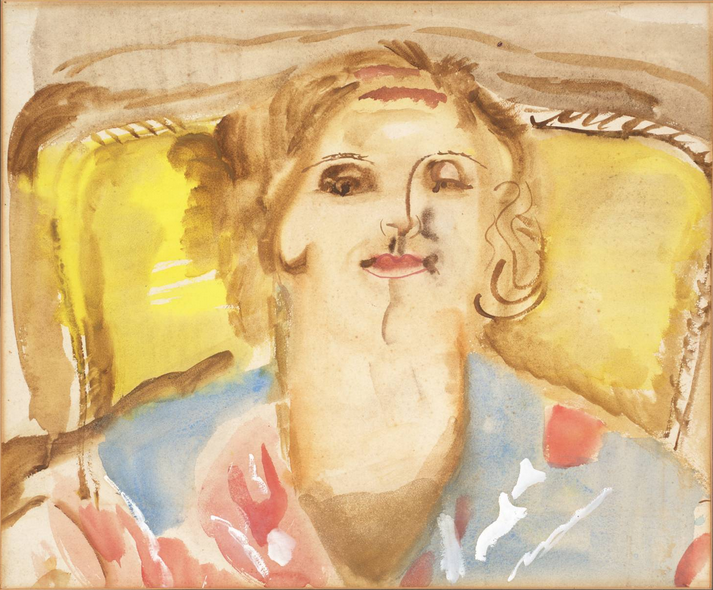 The one watercolour portrait in my book is a light-hearted, spontaneous sketch of a much-loved friend whom the artist was visiting during a stay in the country (after all, you’re not going to lug your oils with you on your weekend off, are you?). It’s perhaps telling that it should be by one of only five women artists who feature among twenty-five men. Tate: Master Watercolour isn’t only landscape heavy, it’s male heavy, too. Frances Hodgkins was able to study art in New Zealand, where she was born. In London, at the same time, the Slade was the only art school that would accept her contemporary, the devoted companion of Edgar Quinet*, Gwen John.

*Quinet was a French historian and intellectual who not only had a cat named after him but a street market, a hotel, a stop on the Paris Metro and a naval armoured cruiser! 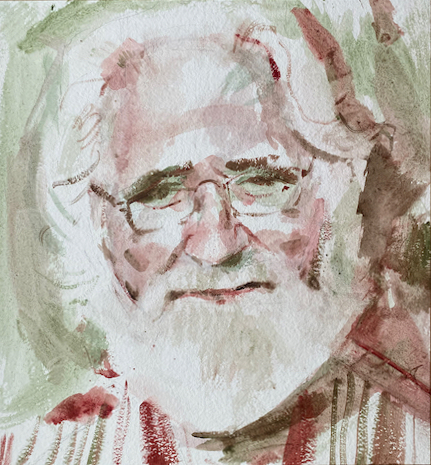 There was more watercolour portraiture at our online Paint Your Way session a couple of weeks ago. Here’s my study from a photograph of Ernesto Bustio, hospitalero at the Albergue La Cabaña del Abuelo Peuto and a somewhat controversial, leading light of the Camino del Norte. Painted with Sap Green and Perylene Maroon, the idea was to contrast the cool shade of the former with the warm of the latter. Moreover, Sap Green is so very good at mimicking the green in flesh. If you don’t believe me about the green, carefully study the features of the person you next encounter (when social distancing allows!). I guarantee you’ll see green under the jaw and around the eyes – unless they have a big white beard, of course and then, you’re best advised to put your brush down and let the paper do the work.

Join me for Paint Your Way every Wednesday on Zoom at 2pm. Sessions are free!

Using the hand to train the eye…

In the latest edition of Seeing Things, my regular podcast on Frome FM about the…

Salt Of The Earth

After a slow morning at the villa, sketching in the sunshine, we drove to Marsala…

As the Christmas season approached, we tried something very different at my watercolour classes. By…