Master Watercolour is a practical book project that began in September 2018 and took me more than a year to complete.
My first task was to look through the entire Tate Gallery collection for works in watercolour that I believed exemplified the qualities of the medium and would provide instruction and inspiration for beginners and experienced artists alike.
As Tate’s collection of works on paper exceeds 45,000, I was engaged in a steady trawl through their online archive for quite some time, assembling a database of suitable works that I would then present to my editors for feedback. An initial selection of fifty-two watercolours was then narrowed down to just thirty, each one with a specific lesson in mind, some suitable for beginners, whilst others might challenge the more experienced artist. 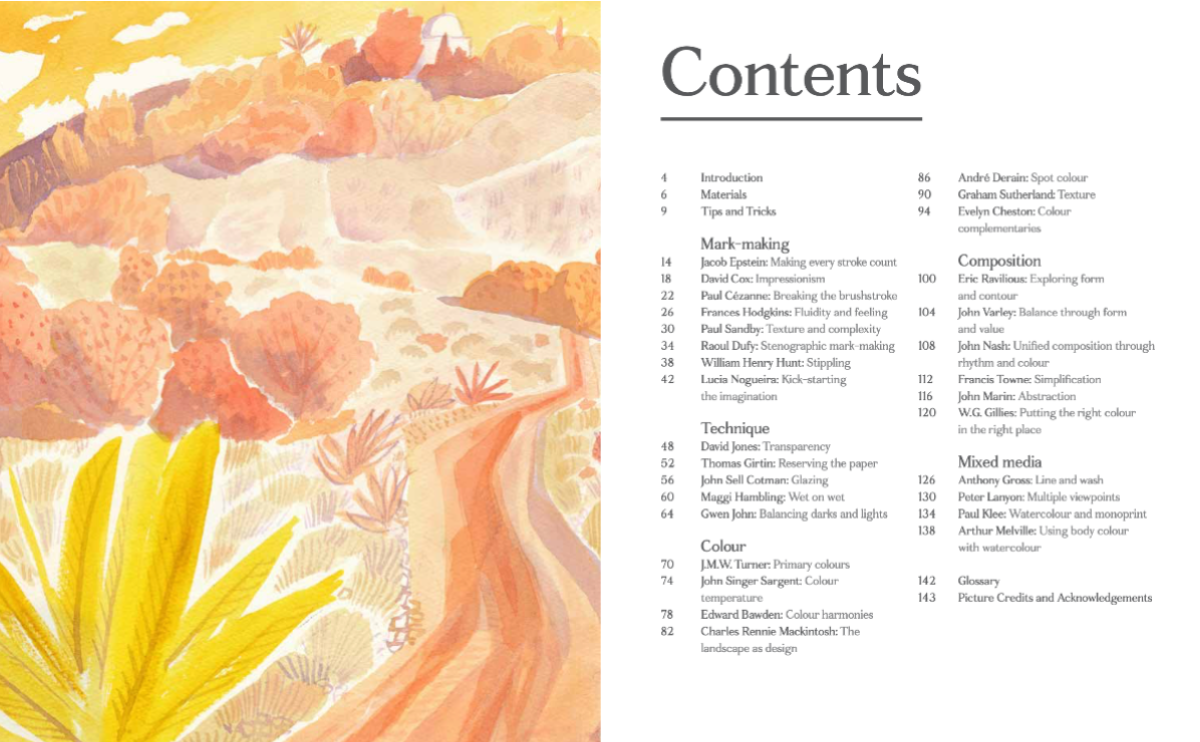 Each lesson, then, had to be documented and annotated with photographs taken at every stage. Anyone who’s attempted a watercolour knows that timing is of the essence, so it wasn’t always easy to have to stop halfway through a perfect flat wash to take a picture! Lighting values had to be constant throughout, too and sometimes an entire lesson was rejected just because the photographs weren’t quite consistent enough. On other occasions, we found out rather too late, that the estates representing various artists wouldn’t give us permission to reproduce their work. Another search through the archive for a replacement would then ensue and a different, yet cogent lesson created to justify its inclusion. 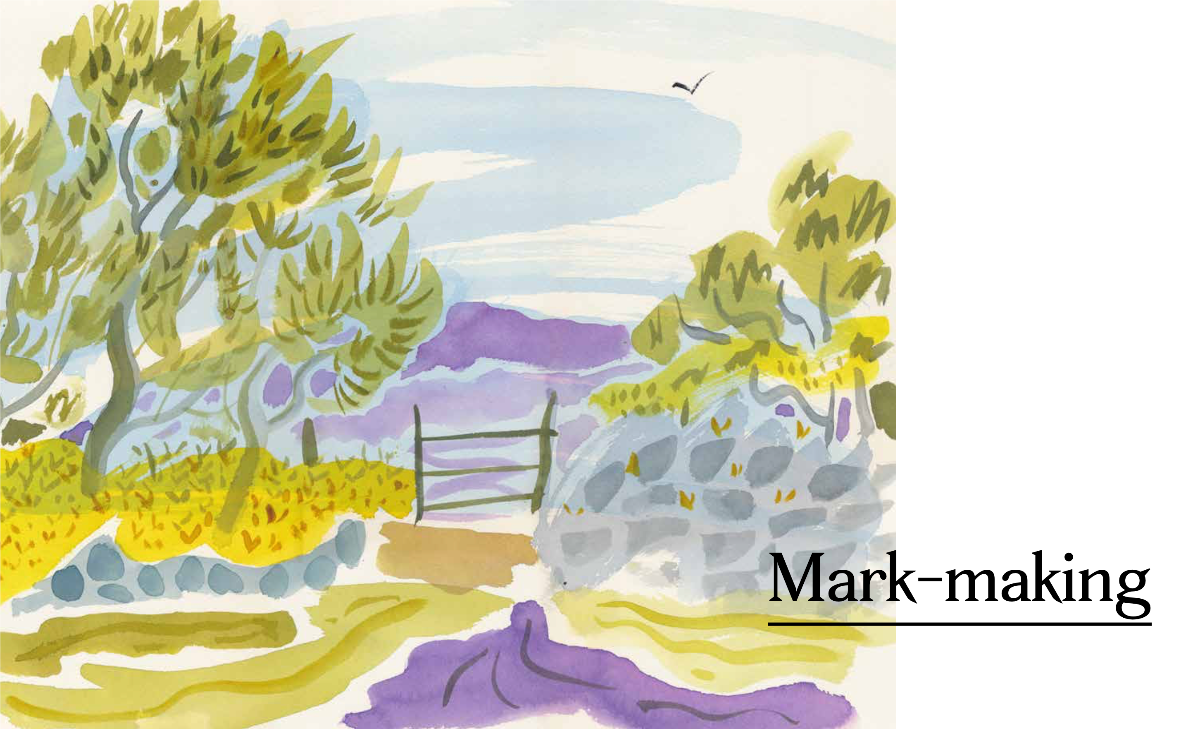 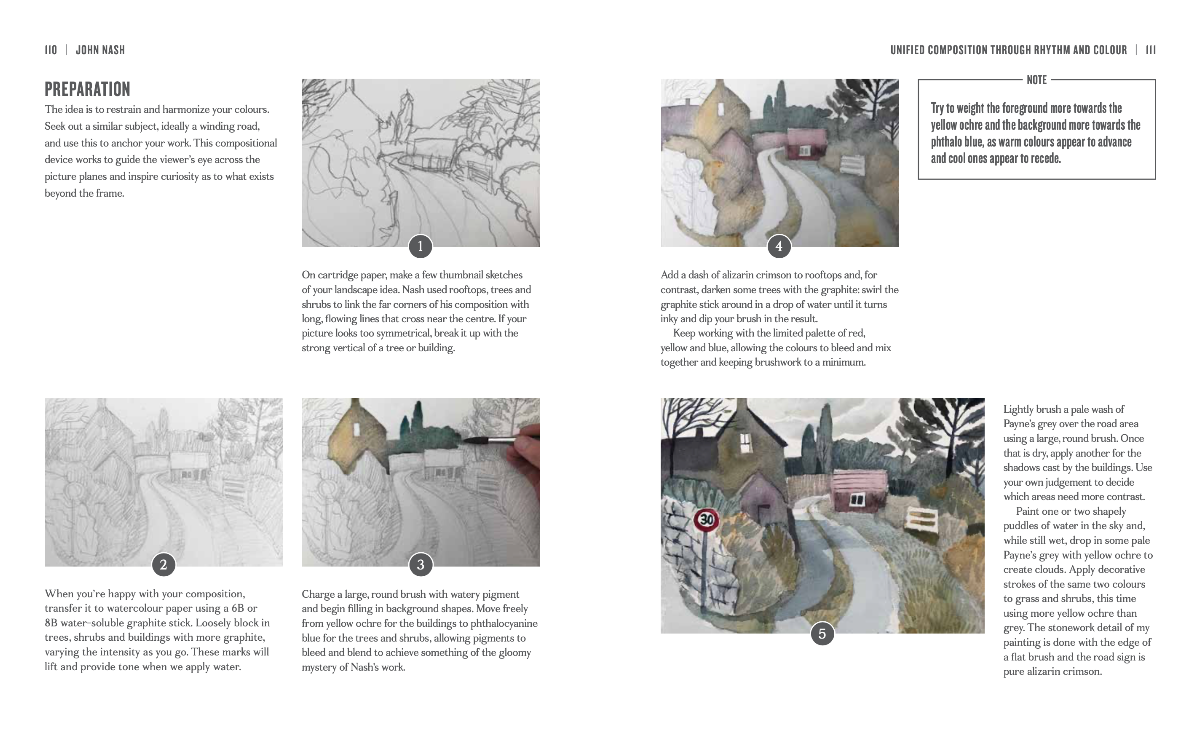 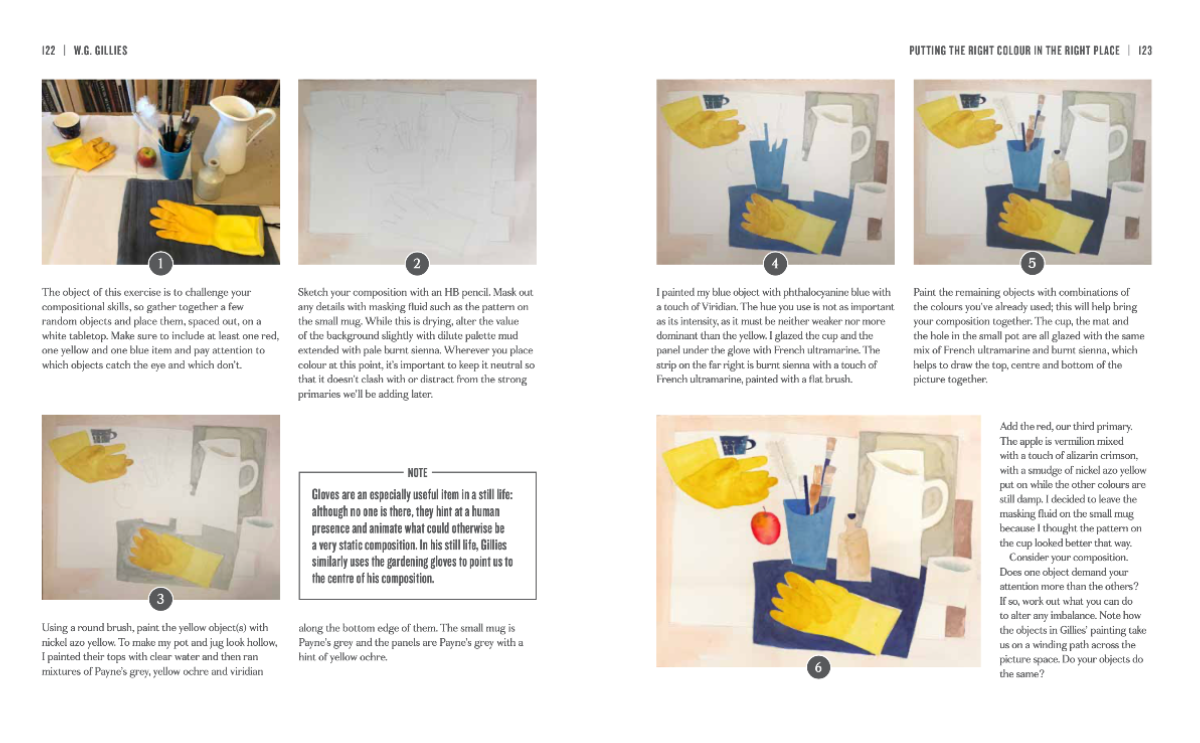 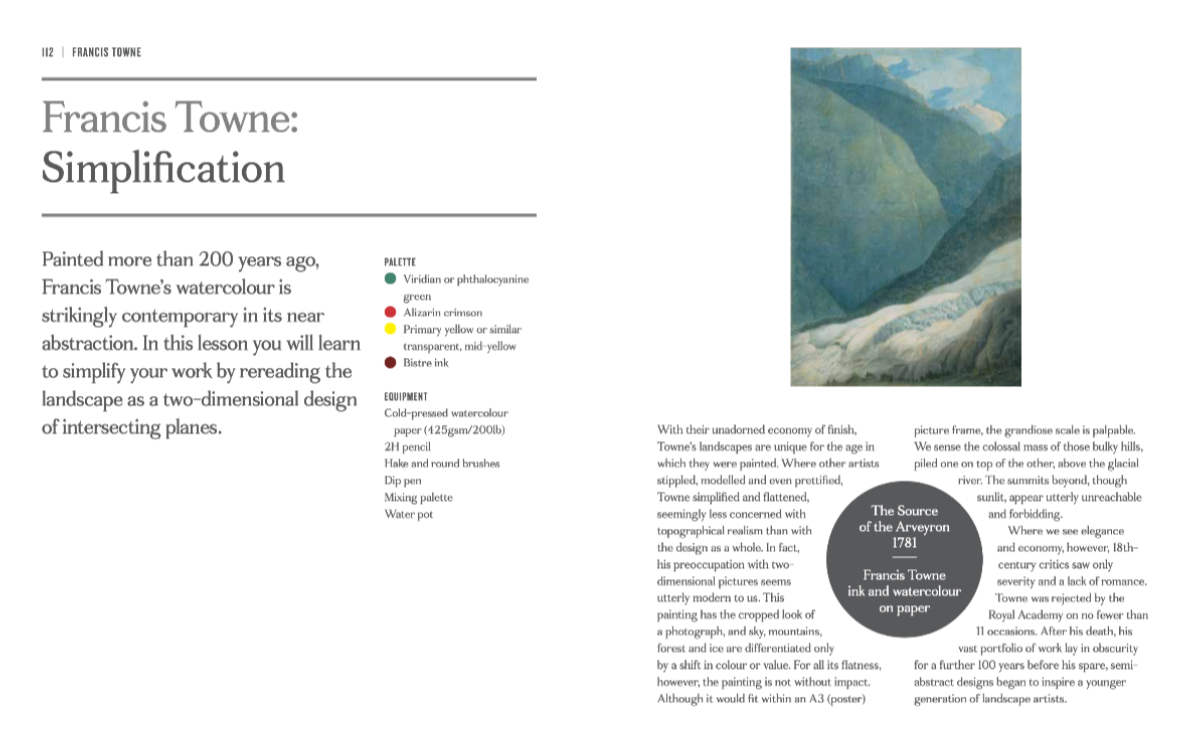 Once I’d done my bit, a sub-editor took over to check through all my references, sources and dates and to make it even more accessible, swap some of the exotic colours I’d used for traditional ones. The design team then spent a long time making sure that the thirty works from the Tate collection and the two hundred photos I’d taken all looked good on the page.
We were all set for a September 2020 release, when a co-publishing deal with a Spanish company was signed and the entire project was put back a further six months, so that a translation could be made.
That was the best bad news I’ve ever had!

Running to more than 140 pages, there’s an intro, lots of tips and tricks, a glossary of terms and a thorough explanation of materials, too. So, if you want to break the brushstroke with Paul Cezanne, stipple with Henry ‘Bird’s Nest’ Hunt or work wet-into-wet with Maggi Hambling, this could well be the book for you! 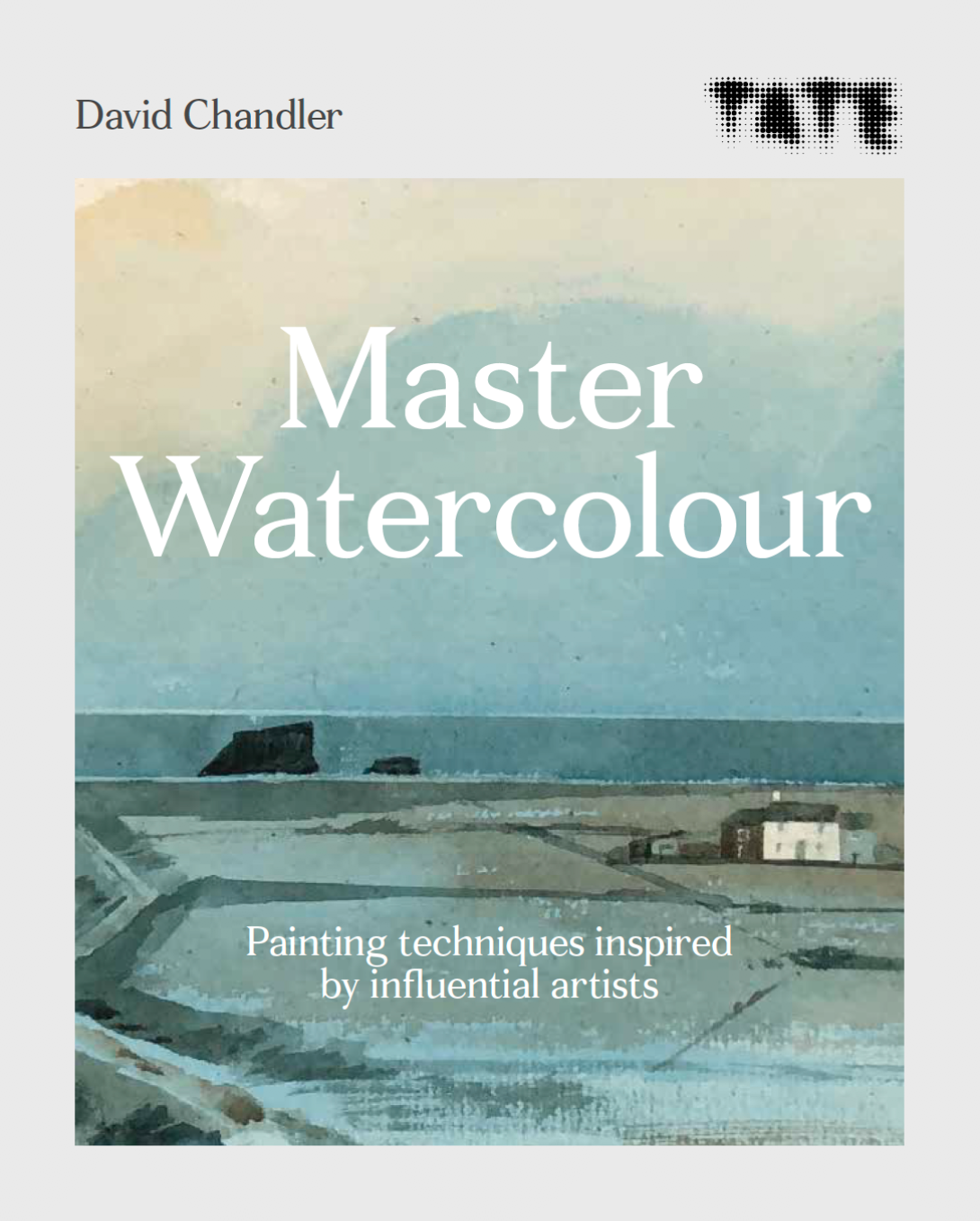 Master Watercolour is published by Ilex Press in collaboration with Tate. The Kindle and paperback editions are now on sale online and at all good bookstores.

The Big Hole In My Blog

When I browsed the blog pages on my website the other day, I was shocked…

Reading the T’s and C’s

I've just returned from a three week walking tour around La Gomera, one of the…

With the exertions of Selinunte still fresh in our minds, we took the morning off…