“It’s a benign addiction,” says Chris, “Or it’s the other woman, quite often. You can’t pay attention to your nearest and dearest because you’ve got to finish this thing… and they’re jealous of that and rightly so. But we can’t help it.” 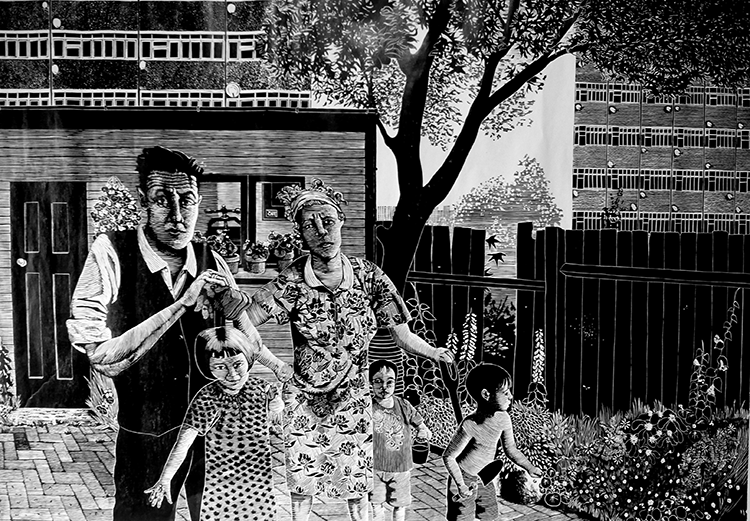 Chris Pig is a printmaker;  a highly-skilled and well-respected one (some call him a ‘master,’ but he’s uncomfortable with the term). We’re sitting in his studio, sipping amontillado and talking about art; talking about how, with the mastery of any skill, great sacrifices are often required.

A week later, I’m with a furniture designer, a craftsman potter and a painter turned author. At the end of the month, we’re due to discuss the creative process at an event during the Wylie Valley Art Trail. I’m supposed to be keeping order. Four grown men talking about their passion; this ‘thing,’ as Chris called it; ‘the other woman.’

The event is titled, ‘From The Idea To Making It Real,’  Everybody has ideas, of course, but these guys are wedded to theirs in ways that may seem reckless to others. 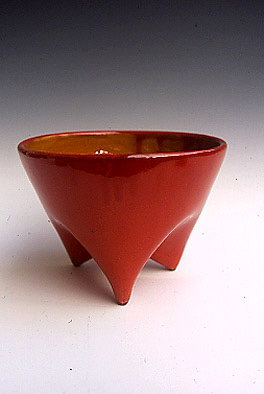 Jonathan, the studio potter digs and refines his own clay. Back-breaking stuff. And when he fires his kiln, he has to keep vigil for eighteen hours or risk losing everything. And Jim, the artist and author, buries wires in his paintings like a cheesemaker making blue cheese. When the painting’s done, he rips the wire out, taking chunks of his hard work along with it. And much to the chagrin of his nearest and dearest, he’s not averse to putting his finished paintings in the washing machine either.

Just like Jim and Jonathan, Matthew the furniture designer, also has two lovers. One is flesh and blood and the other this time, is elm. A great favourite with furniture makers, it’s hard and tough, far from easy to source and difficult to work with. When I called, he was in the middle of rejecting an apprentice piece because of an almost imperceptible flaw. The table had taken days and days of work and would have to be made again – entirely from scratch. 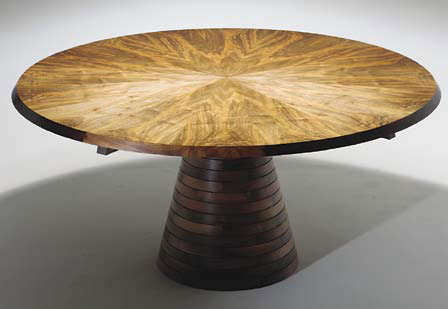 These men had chosen existences that were precarious enough, but to me, they seemed intent on making life even harder for themselves. Few would be aware of the great pains to which they went in order to make their pieces, so what were they hoping to prove? And to whom?

Themselves to themselves, is the answer, I believe. There is no ‘other woman,’ really. It’s you. And there’s no tougher client; no harsher critic.

There’s something romantic and noble about such an enterprise; pitting your wits and your muscle against unbiddable elements and transforming them into things of beauty. But when I quiz these makers about why they do it, they cite issues with authority; fathers or schools and colleges – or all three. Alone in the studio, despite Chris’ reservations about the word, you are master of your own destiny, after all.

I’m sitting at my dining table, dealing with my own unbiddable elements: water, colour, paper. Master of my own destiny.

Me? I do it because I like the attention.

‘From The Idea To Making It Real,’ my discussion with Jim Dales (painter and author), Jonathan Garratt (craftsman potter) and Matthew Burt (furniture designer) is at the Burt workshops, Hindon SP3 6DR on Wednesday 31st May. For more details, please email.

You can hear my interview with printmaker, Chris Pig in the May Edition of Seeing Things, my community radio podcast.

The painting at the head of this post is my study of Constanza Buonarelli (after Bernini): alizarin crimson, phthalo green and white acrylic on paper.

A couple of weeks ago, one Tuesday evening, I was privileged to take part in an…

Pencils At The Pavilion